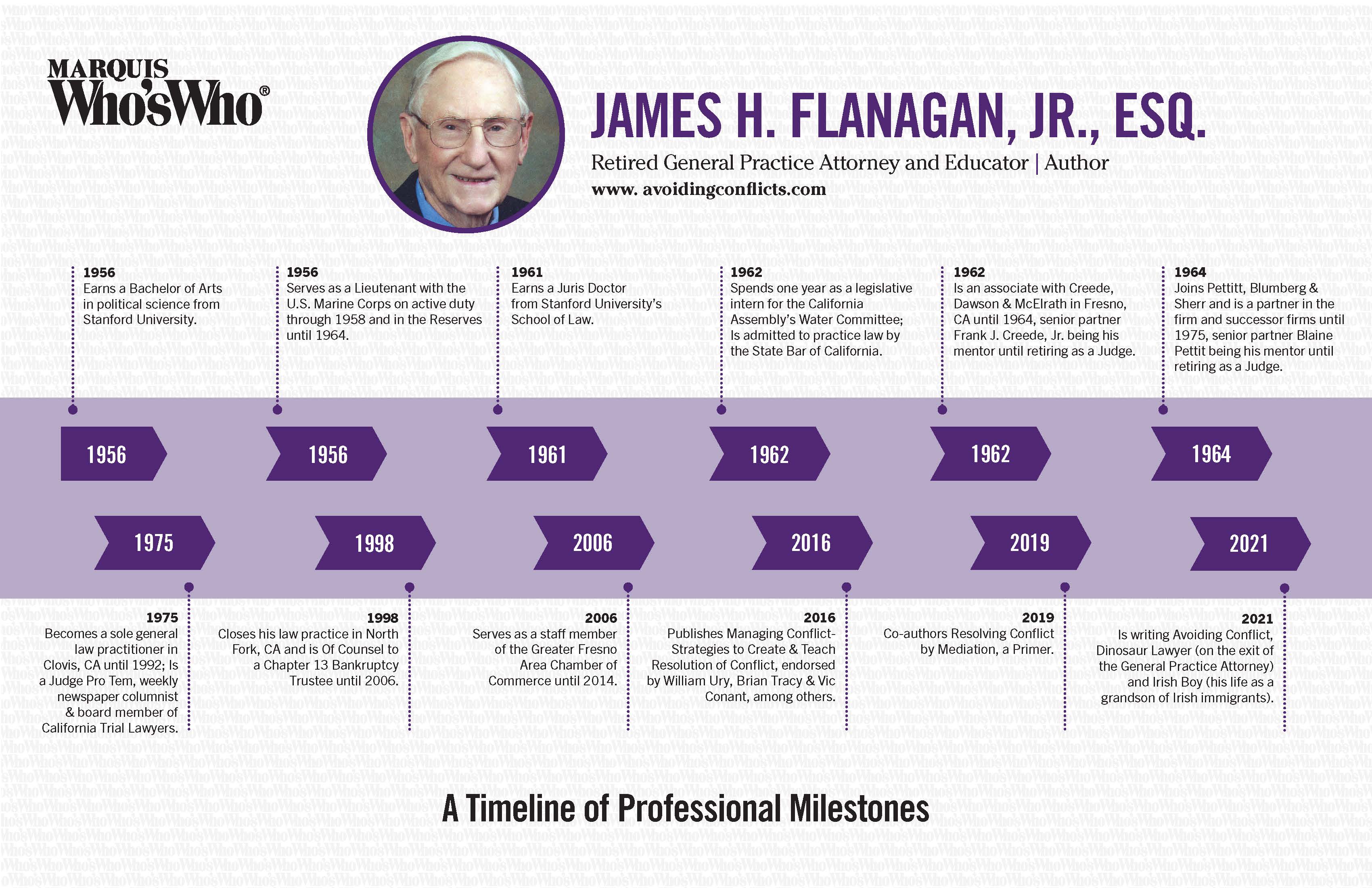 Earns a Bachelor of Arts in political science from Stanford University.

Serves as a Lieutenant with the U.S. Marine Corps on active duty through 1958 and in the Reserves until 1964.

Earns a Juris Doctor from Stanford University’s School of Law.

Spends one year as a legislative intern for the California Assembly’s Water Committee; Is admitted to practice law by the State Bar of California.

Is an associate with Creede, Dawson & McElrath in Fresno, CA until 1964, senior partner Frank J. Creede, Jr. being his mentor until retiring as a Judge.

Joins Pettitt, Blumberg & Sherr and is a partner in the firm and successor firms until 1975, senior partner Blaine Pettit being his mentor until retiring as a Judge.

Closes his law practice in North Fork, CA and is Of Counsel to a Chapter 13 Bankruptcy Trustee until 2006.

Serves as a staff member of the Greater Fresno Area Chamber of Commerce until 2014.

Is writing Avoiding Conflict, Dinosaur Lawyer (on the exit of the General Practice Attorney) and Irish Boy (his life as a grandson of Irish immigrants).