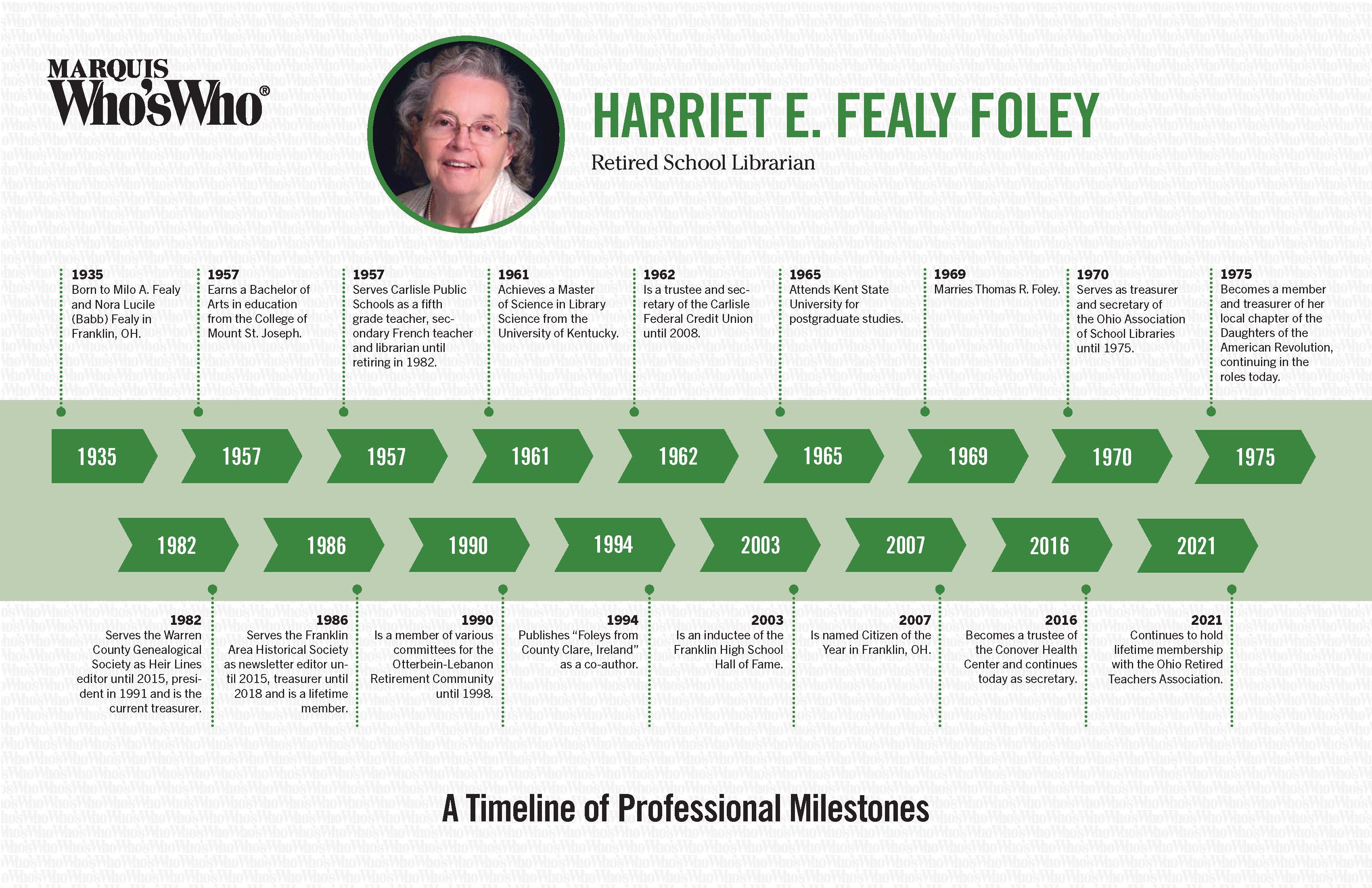 Born to Milo A. Fealy and Nora Lucile (Babb) Fealy in Franklin, OH.

Earns a Bachelor of Arts in education from the College of Mount St. Joseph.

Achieves a Master of Science in Library Science from the University of Kentucky.

Is a trustee and secretary of the Carlisle Federal Credit Union until 2008.

Serves as treasurer and secretary of the Ohio Association of School Libraries until 1975.

Becomes a member and treasurer of her local chapter of the Daughters of the American Revolution, continuing in the roles today.

Serves the Warren County Genealogical Society as Heir Lines editor until 2015, president in 1991 and is the current treasurer.

Serves the Franklin Area Historical Society as newsletter editor until 2015, treasurer until 2018 and is a lifetime member.

Is a member of various committees for the Otterbein-Lebanon Retirement Community until 1998.

Publishes “Foleys from County Clare, Ireland” as a co-author.

Is an inductee of the Franklin High School Hall of Fame.

Is named Citizen of the Year in Franklin, OH.

Becomes a trustee of the Conover Health Center and continues today as secretary.