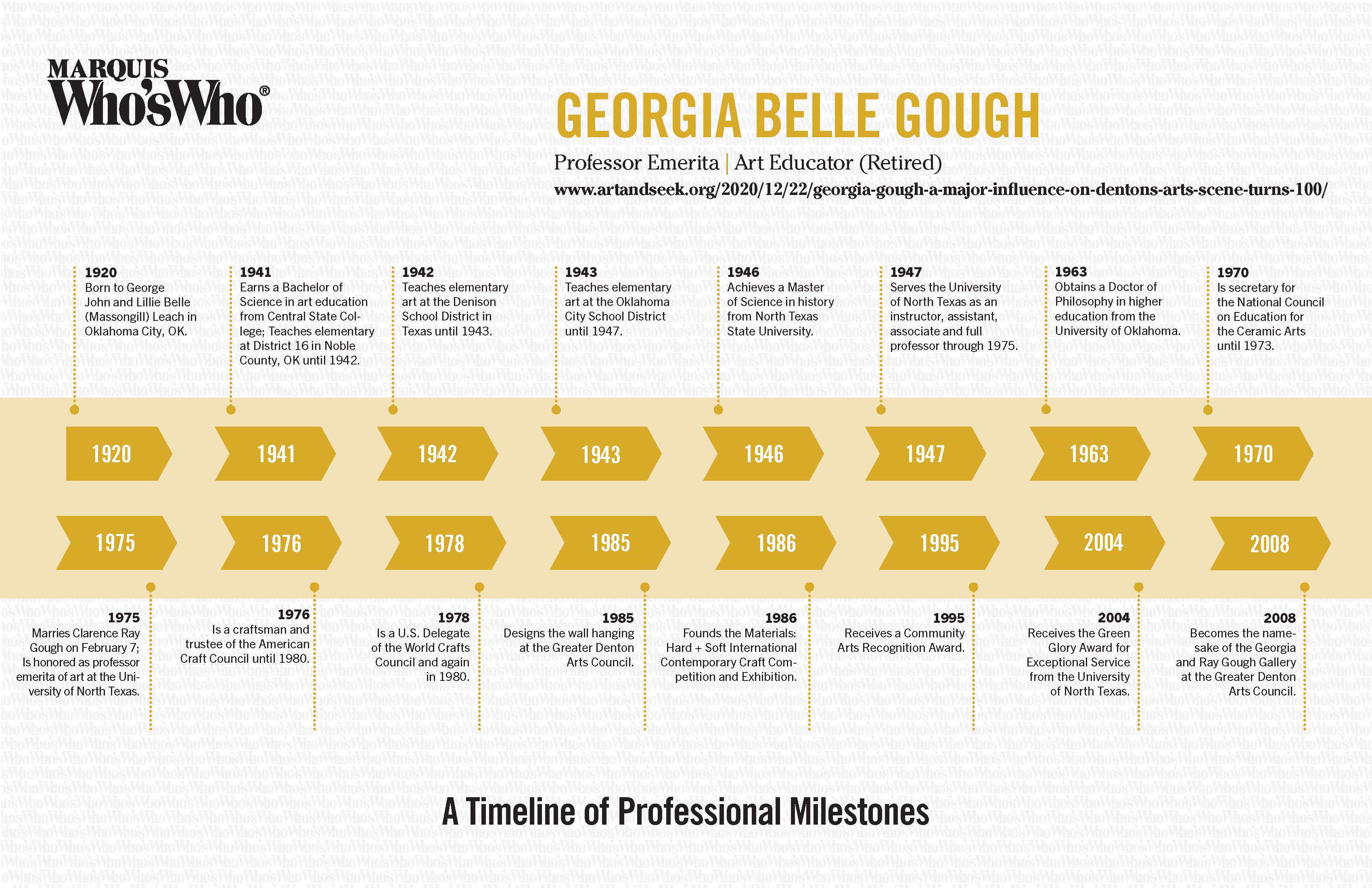 Earns a Bachelor of Science in art education from Central State College; Teaches elementary at District 16 in Noble County, OK until 1942.

Teaches elementary art at the Denison School District in Texas until 1943.

Teaches elementary art at the Oklahoma City School District until 1947.

Achieves a Master of Science in history from North Texas State University.

Serves the University of North Texas as an instructor, assistant, associate and full professor through 1975.

Obtains a Doctor of Philosophy in higher education from the University of Oklahoma.

Is secretary for the National Council on Education for the Ceramic Arts until 1973.

Marries Clarence Ray Gough on February 7; Is honored as professor emerita of art at the University of North Texas.

Is a craftsman and trustee of the American Craft Council until 1980.

Is a U.S. Delegate of the World Crafts Council and again in 1980.

Designs the wall hanging at the Greater Denton Arts Council.

Receives the Green Glory Award for Exceptional Service from the University of North Texas.

Becomes the namesake of the Georgia and Ray Gough Gallery at the Greater Denton Arts Council.