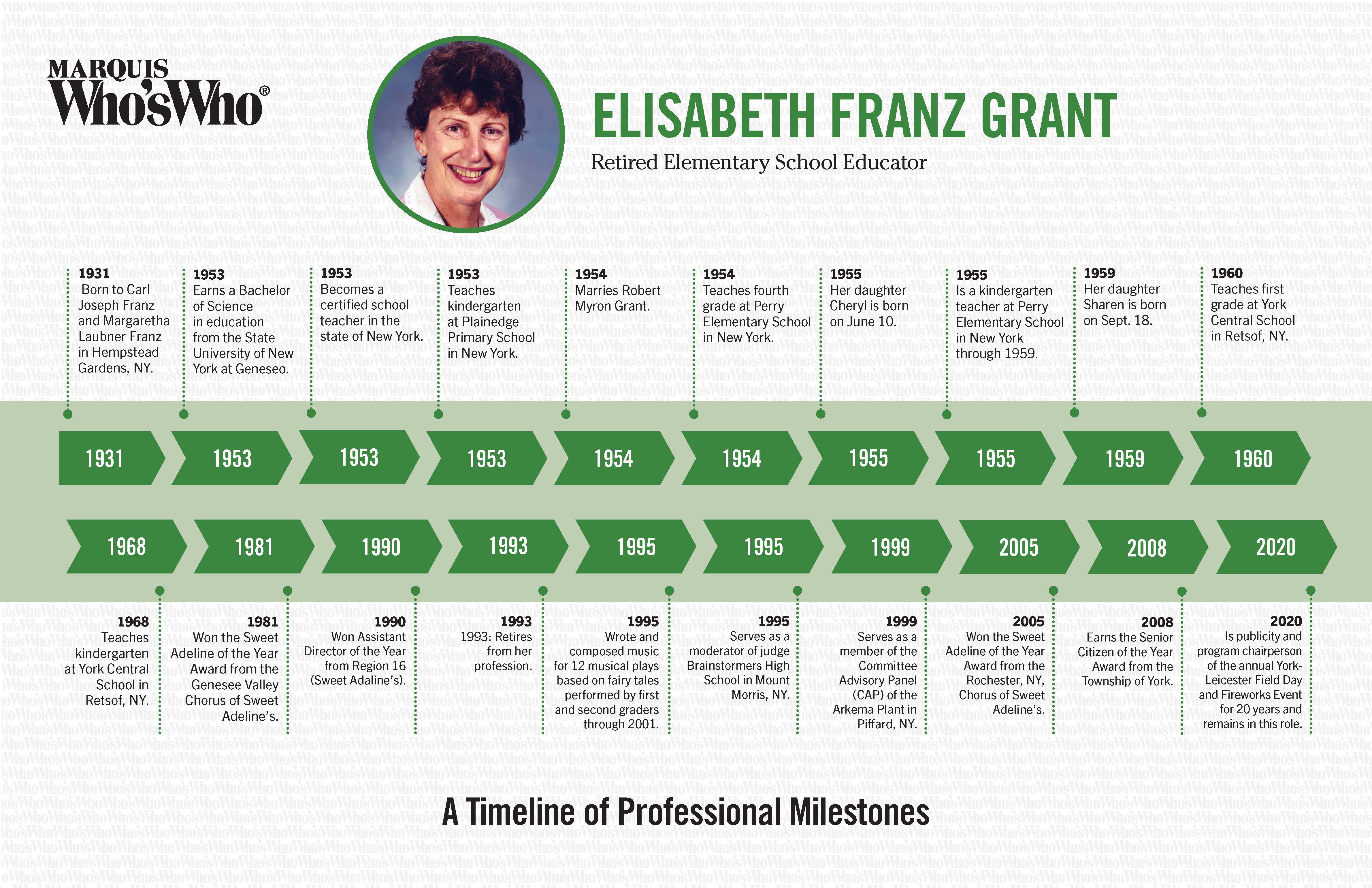 Earns a Bachelor of Science in education from the State University of New York at Geneseo.

Becomes a certified school teacher in the state of New York.

Her daughter Cheryl is born on June 10.

Is a kindergarten teacher at Perry Elementary School in New York through 1959.

Her daughter Sharen is born on Sept. 18.

Won Assistant Director of the Year from Region 16 (Sweet Adaline’s).

Wrote and composed music for 12 musical plays based on fairy tales performed by first and second graders through 2001.

Serves as a moderator of judge Brainstormers High School in Mount Morris, NY.

Serves as a member of the Committee Advisory Panel (CAP) of the Arkema Plant in Piffard, NY.

Earns the Senior Citizen of the Year Award from the Township of York.

Is publicity and program chairperson of the annual York-Leicester Field Day and Fireworks Event for 20 years and remains in this role.