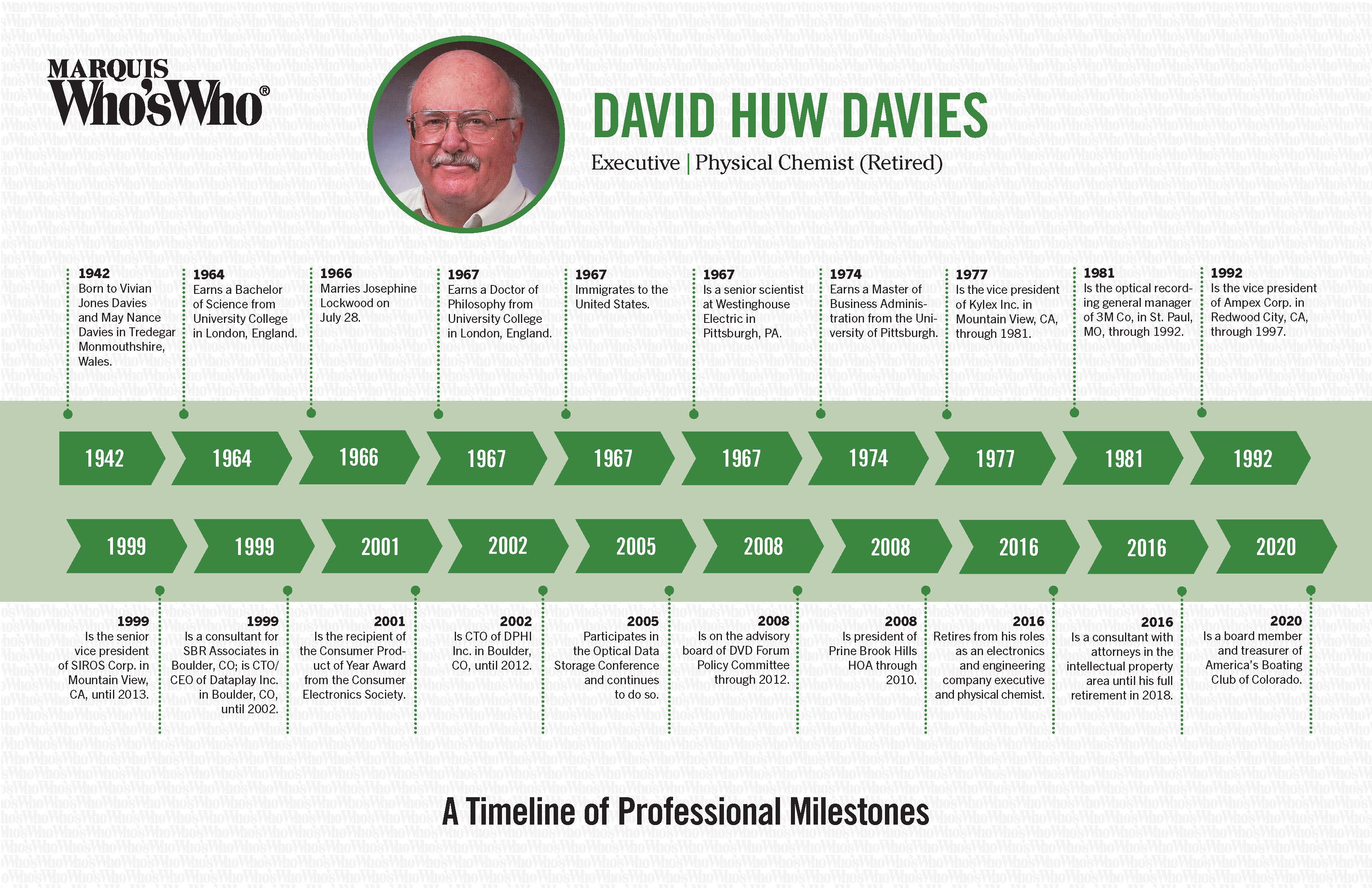 Born to Vivian Jones Davies and May Nance Davies in Tredegar Monmouthshire, Wales.

Earns a Bachelor of Science from University College in London, England.

Earns a Doctor of Philosophy from University College in London, England.

Is a senior scientist at Westinghouse Electric in Pittsburgh, PA.

Earns a Master of Business Administration from the University of Pittsburgh.

Is the vice president of Kylex Inc. in Mountain View, CA, through 1981.

Is the optical recording general manager of 3M Co, in St. Paul, MO, through 1992.

Is the vice president of Ampex Corp. in Redwood City, CA, through 1997.

Is the senior vice president of SIROS Corp. in Mountain View, CA, until 2013.

Participates in the Optical Data Storage Conference and continues to do so.

Is on the advisory board of DVD Forum Policy Committee through 2012.

Is president of Prine Brook Hills HOA through 2010.

Retires from his roles as an electronics and engineering company executive and physical chemist.

Is a consultant with attorneys in the intellectual property area until his full retirement in 2018.

Is a board member and treasurer of America’s Boating Club of Colorado.