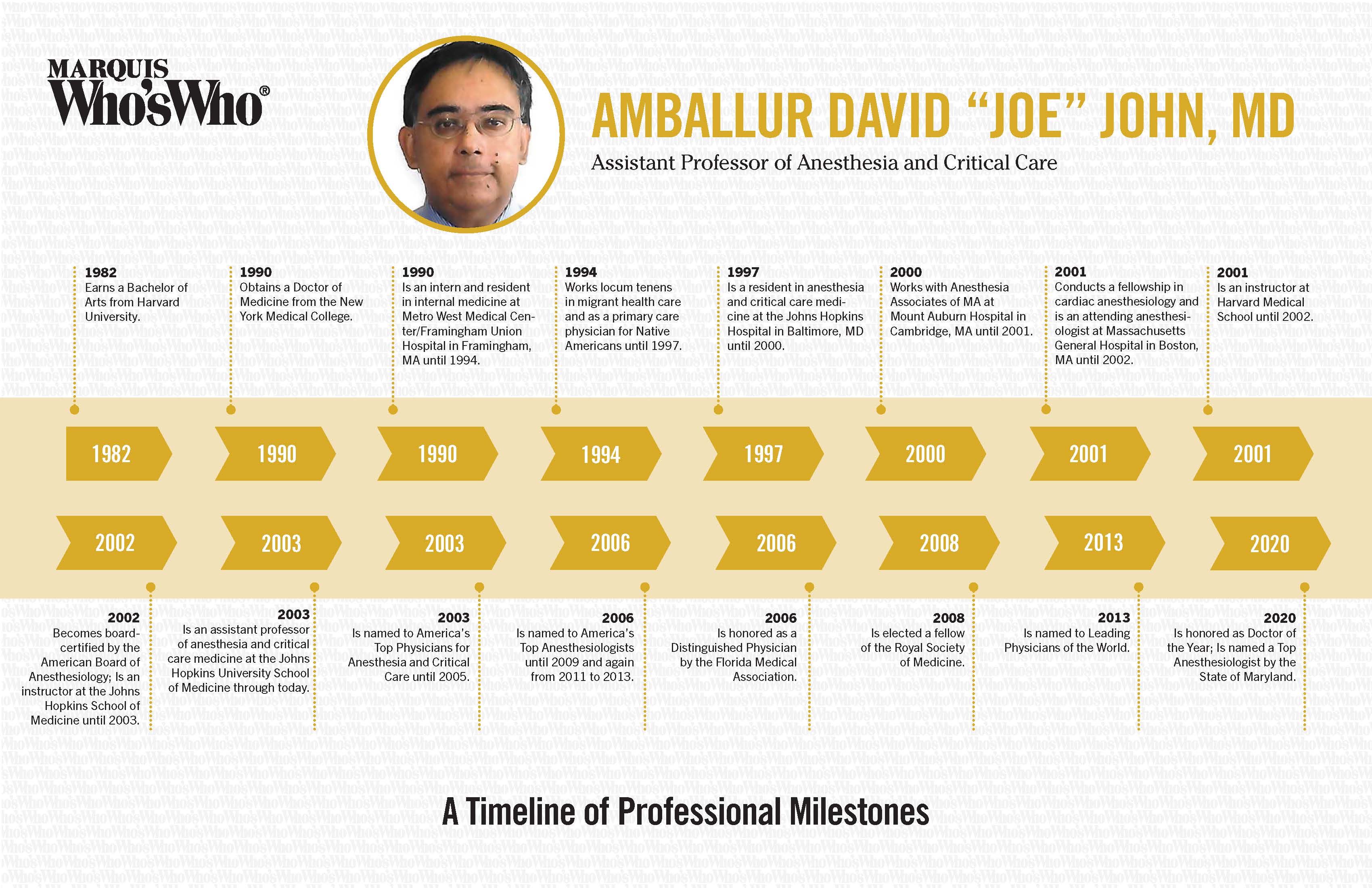 Earns a Bachelor of Arts from Harvard University.

Obtains a Doctor of Medicine from the New York Medical College.

Is an intern and resident in internal medicine at Metro West Medical Center/Framingham Union Hospital in Framingham, MA until 1994.

Works locum tenens in migrant health care and as a primary care physician for Native Americans until 1997.

Is a resident in anesthesia and critical care medicine at the Johns Hopkins Hospital in Baltimore, MD until 2000.

Works with Anesthesia Associates of MA at Mount Auburn Hospital in Cambridge, MA until 2001.

Conducts a fellowship in cardiac anesthesiology and is an attending anesthesiologist at Massachusetts General Hospital in Boston, MA until 2002.

Is an instructor at Harvard Medical School until 2002.

Becomes board-certified by the American Board of Anesthesiology; Is an instructor at the Johns Hopkins School of Medicine until 2003.

Is an assistant professor of anesthesia and critical care medicine at the Johns Hopkins University School of Medicine through today.

Is named to America’s Top Physicians for Anesthesia and Critical Care until 2005.

Is honored as a Distinguished Physician by the Florida Medical Association.

Is elected a fellow of the Royal Society of Medicine.

Is named to Leading Physicians of the World.

Is honored as Doctor of the Year; Is named a Top Anesthesiologist by the State of Maryland.