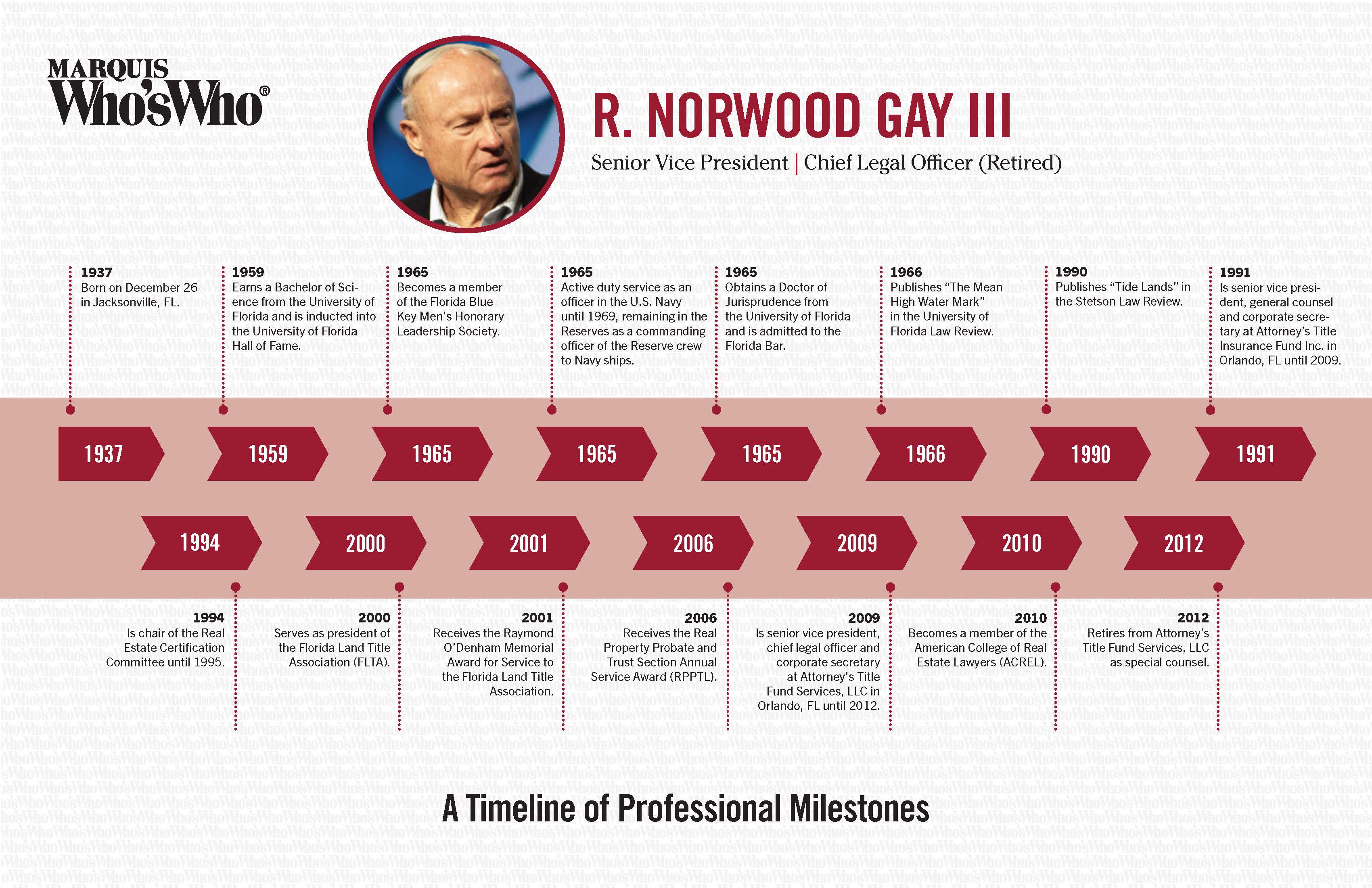 Born on December 26 in Jacksonville, FL.

Active duty service as an officer in the U.S. Navy until 1969, remaining in the Reserves as a commanding officer of the Reserve crew to Navy ships.

Obtains a Doctor of Jurisprudence from the University of Florida and is admitted to the Florida Bar.

Publishes “The Mean High Water Mark” in the University of Florida Law Review.

Is chair of the Real Estate Certification Committee until 1995.

Serves as president of the Florida Land Title Association (FLTA).

Becomes a member of the American College of Real Estate Lawyers (ACREL).