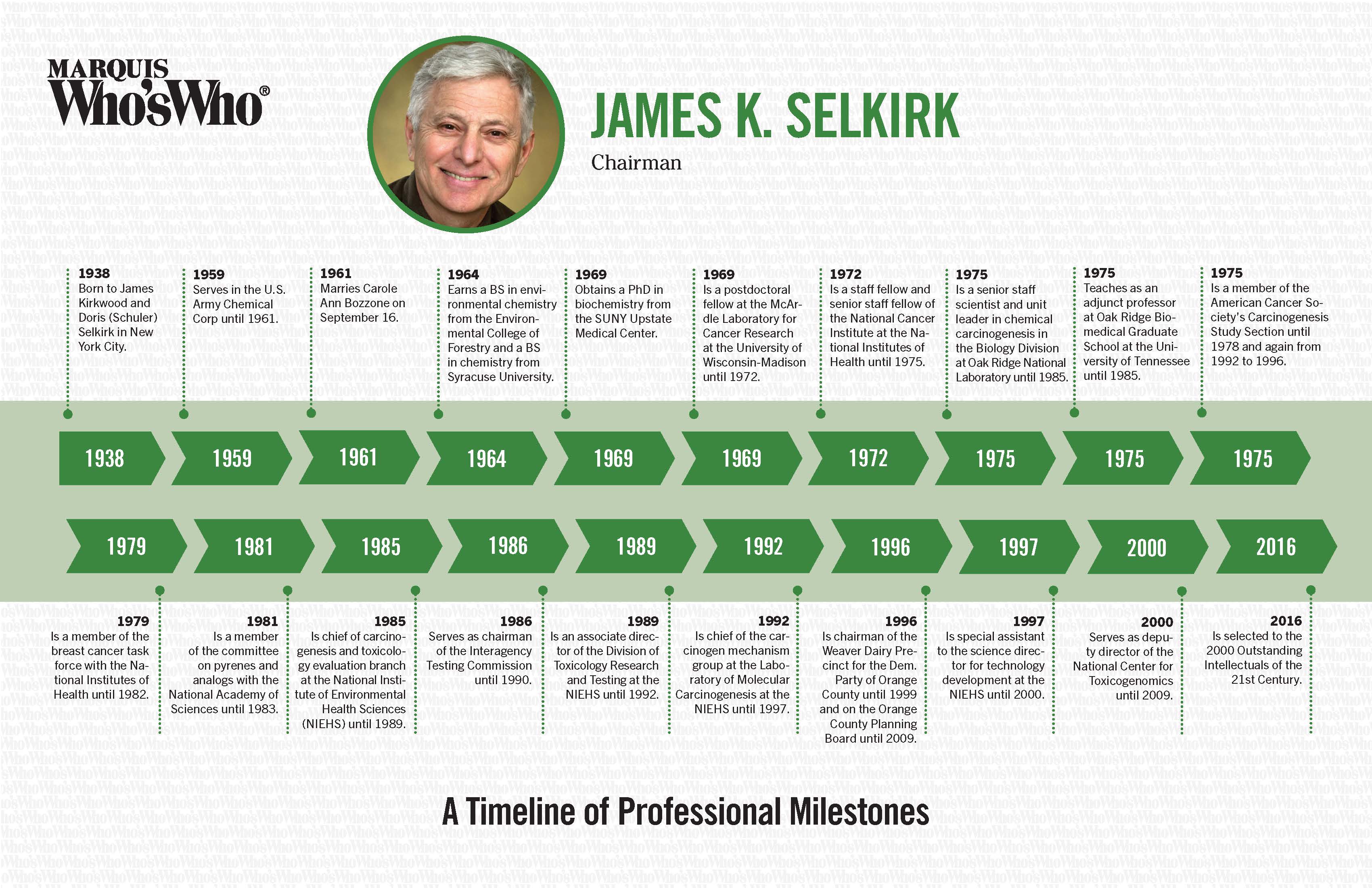 Obtains a PhD in biochemistry from the SUNY Upstate Medical Center.

Is a postdoctoral fellow at the McArdle Laboratory for Cancer Research at the University of Wisconsin-Madison until 1972.

Is a senior staff scientist and unit leader in chemical carcinogenesis in the Biology Division at Oak Ridge National Laboratory until 1985.

Teaches as an adjunct professor at Oak Ridge Biomedical Graduate School at the University of Tennessee until 1985.

Is a member of the American Cancer Society’s Carcinogenesis Study Section until 1978 and again from 1992 to 1996.

Is a member of the breast cancer task force with the National Institutes of Health until 1982.

Is a member of the committee on pyrenes and analogs with the National Academy of Sciences until 1983.

Is chief of carcinogenesis and toxicology evaluation branch at the National Institute of Environmental Health Sciences (NIEHS) until 1989.

Serves as chairman of the Interagency Testing Commission until 1990.

Is an associate director of the Division of Toxicology Research and Testing at the NIEHS until 1992.

Is chief of the carcinogen mechanism group at the Laboratory of Molecular Carcinogenesis at the NIEHS until 1997.

Is chairman of the Weaver Dairy Precinct for the Dem. Party of Orange County until 1999 and on the Orange County Planning Board until 2009.

Is special assistant to the science director for technology development at the NIEHS until 2000.

Serves as deputy director of the National Center for Toxicogenomics until 2009.

Is selected to the 2000 Outstanding Intellectuals of the 21st Century.