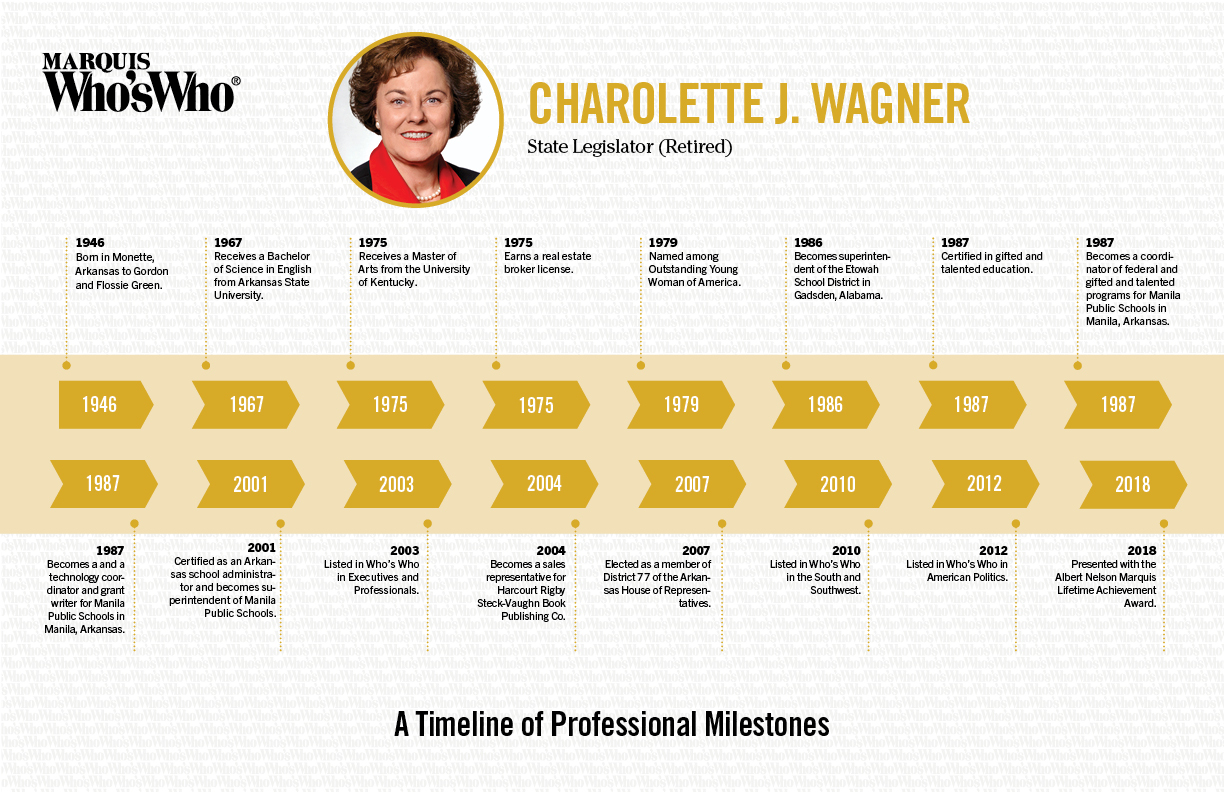 Born in Monette, Arkansas to Gordon and Flossie Green.

Receives a Bachelor of Science in English from Arkansas State University.

Receives a Master of Arts from the University of Kentucky.

Becomes superintendent of the Etowah School District in Gadsden, Alabama.

Certified in gifted and talented education.

Becomes a coordinator of federal and gifted and talented programs for Manila Public Schools in Manila, Arkansas.

Becomes a and a technology coordinator and grant writer for Manila Public Schools in Manila, Arkansas.

Certified as an Arkansas school administrator and becomes superintendent of Manila Public Schools.

Listed in Who’s Who in Executives and Professionals.

Elected as a member of District 77 of the Arkansas House of Representatives.

Listed in Who’s Who in the South and Southwest.

Listed in Who’s Who in American Politics.