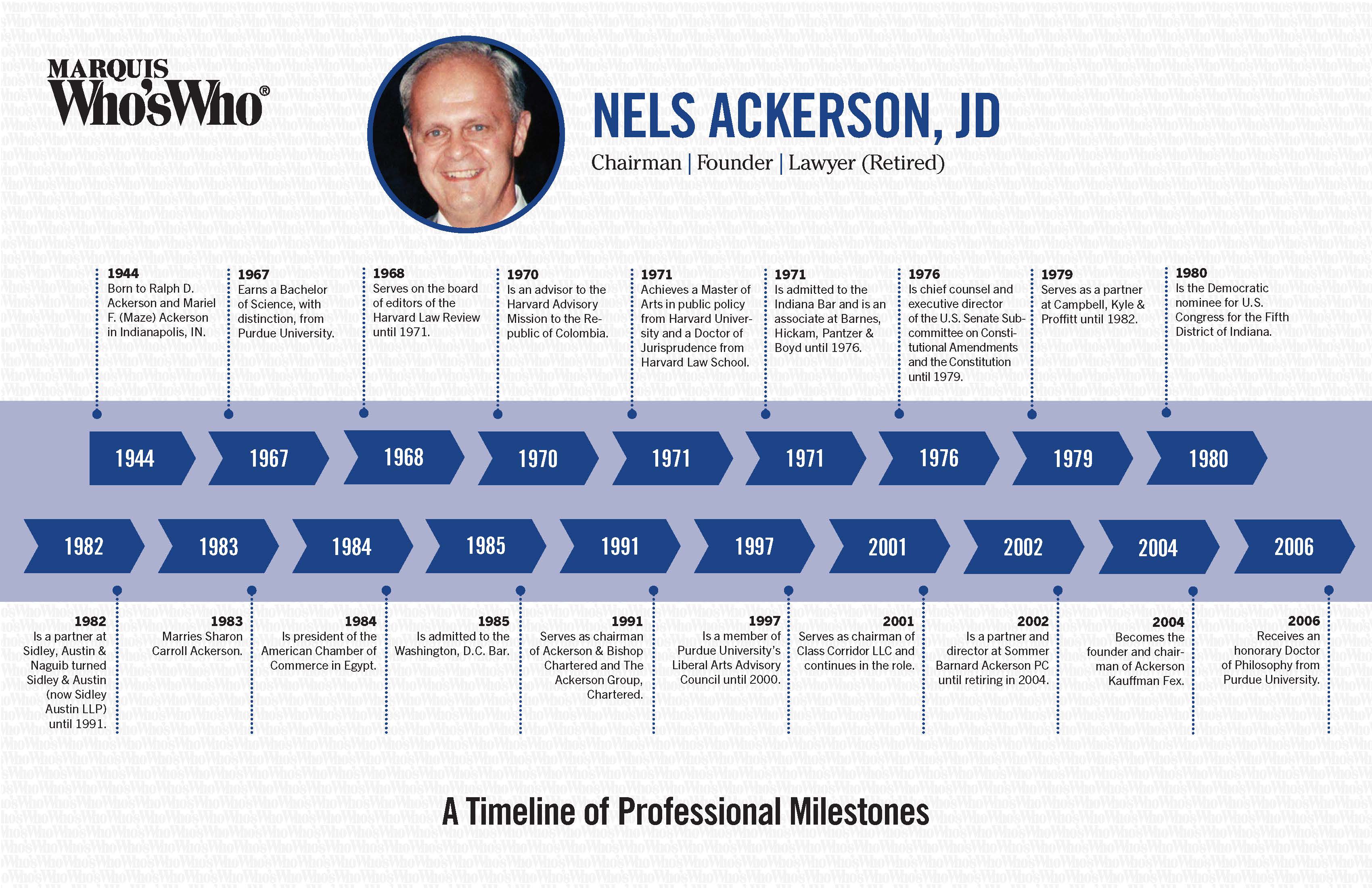 Born to Ralph D. Ackerson and Mariel F. (Maze) Ackerson in Indianapolis, IN.

Earns a Bachelor of Science, with distinction, from Purdue University.

Serves on the board of editors of the Harvard Law Review until 1971.

Is an advisor to the Harvard Advisory Mission to the Republic of Colombia.

Achieves a Master of Arts in public policy from Harvard University and a Doctor of Jurisprudence from Harvard Law School.

Is admitted to the Indiana Bar and is an associate at Barnes, Hickam, Pantzer & Boyd until 1976.

Is chief counsel and executive director of the U.S. Senate Subcommittee on Constitutional Amendments and the Constitution until 1979.

Serves as a partner at Campbell, Kyle & Proffitt until 1982.

Is the Democratic nominee for U.S. Congress for the Fifth District of Indiana.

Is president of the American Chamber of Commerce in Egypt.

Is admitted to the Washington, D.C. Bar.

Serves as chairman of Ackerson & Bishop Chartered and The Ackerson Group, Chartered.

Is a member of Purdue University’s Liberal Arts Advisory Council until 2000.

Serves as chairman of Class Corridor LLC and continues in the role.

Is a partner and director at Sommer Barnard Ackerson PC until retiring in 2004.

Becomes the founder and chairman of Ackerson Kauffman Fex.

Receives an honorary Doctor of Philosophy from Purdue University.